To share your memory on the wall of Frederick Reicheld, sign in using one of the following options:

Receive notifications about information and event scheduling for Frederick

The insignias listed here may be subject to copyright and/or trademarked. Those copyrights and trademarks are owned by the respective organizations.

We encourage you to share your most beloved memories of Frederick here, so that the family and other loved ones can always see it. You can upload cherished photographs, or share your favorite stories, and can even comment on those shared by others.

Posted Mar 26, 2021 at 09:09pm
Our condolences to you Sally . I learned from my sister Mary Elmhirst ( Elmlodge Herefords ) this morning. I cherish the visits that I had with Freddy and the odd scotch. Since Janes mom and dad have passed we don't visit as often. Pass on to the boys my condolences as I always enjoyed their conversations and enthusiasm when they visited with Adam ,
Comment Share
Share via:
BH

Posted Mar 19, 2021 at 11:45am
I was saddened to learn today of Fred's passing. I first met him in Grade 9 at Hagersville High and we reconnected 50 years later when he bought hay from us....a lifetime in itself.
My condolences to all the family. His presence on the farm scene will be missed.

Posted Mar 17, 2021 at 06:27pm
Dear Sally & family. Our heartfelt sympathies to everyone. So many memories, fun times and visits from back in the day! May you find comfort and peace as you reflect on your life with Fred Reicheld! Sincerely Darryl
Comment Share
Share via:
PB

Posted Mar 16, 2021 at 07:12pm
Dear Sally and family - It is with sadness that we hear of Fred's passing. He will always be remembered by his passion for the showring, and dedication within the livestock industry, as part of a number of clubs and associations.
Sally, the road ahead, may not be easy, but we trust you can find comfort in family and friends, and the many wonderful memories.
Blessings to you and yours, as you travel through this difficult time. Sincere condolences, Pearl and Brian
Comment Share
Share via:
BL

Posted Mar 15, 2021 at 08:15pm
Sally and family, so sorry to hear about Fred's passing. We are thinking of you and keeping you in our prayers.
Steve & Bonnie L
Comment Share
Share via: 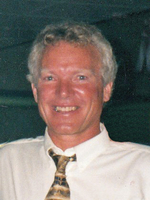