To share your memory on the wall of Larry Vokes, sign in using one of the following options:

Larry was born in Hagersville on April 18, 1953 to Harold (Pete) and Audrey Vokes and was the youngest of an older brother and 3 sisters. He grew up a farm boy, learning the trade from his Dad, later taking over the family business and raising his own family on the farm he grew up on. Larry was so proud to share the love of farming with his sons, and he took pleasure in making sure his grandchildren learned that you should only ever play with red tractors.

Larry was a retired Steamfitter and was a member of UA Local 67 for over 40 years.

Aside from farming and spending time with family, Larry was an avid traveler of the many campsites in Norfolk County. He loved nothing more than having a beer with friends at a campfire. Many family and friends spent countless hours getting beat by Larry's card playing skills, but being his card partner came with the added pressure of making sure you always played the right card.

Larry loved onion sandwiches, Ford, making sure his guests were well taken care of, and was famous for his homemade cocktail called a 'Lucky Larry'. Larry will be so incredibly missed by too many people to mention, but he will be remembered as the guy who always made you feel welcome, the friend you called if you needed a hand, and someone who would give you the (35 year-old) shirt off his back.

Cremation has taken place and a Life Celebration will be held at a later date when gathering restrictions are lifted. Arrangements entrusted to COOPER FUNERAL HOME, Jarvis (519-587-4414). If desired, donations to Wesley United Church or West Haldimand Hospital Foundation or the charity of your choice would be appreciated by the family. Friends are invited send condolences and sign the Book of Memories at www.cooperfuneralhome.ca
Read Less

Receive notifications about information and event scheduling for Larry

There are no events scheduled. You can still show your support by sending flowers directly to the family, or planting a memorial tree in memory of Larry James Vokes.
Plant a Tree

We encourage you to share your most beloved memories of Larry here, so that the family and other loved ones can always see it. You can upload cherished photographs, or share your favorite stories, and can even comment on those shared by others.

Posted Jan 16, 2021 at 09:14am
We will always cherish the many fun memories at the Duxbury cottage near Rosedale with Larry and the gang. That was many years ago. I especially can attest to Larry's savvy card playing abilities. Our gang played poker on Friday nights, once a month and I don't seem to remember Larry losing many games as the piles of change always seemed to be accumulated in from of him. He was always eager to get the cauliflower or onions from the sweet pickle jar at the end of the night. Larry and I both enjoyed the Toronto Maple Leafs and had many good discussions as to how we could win a Stanley cup if we were in charge. These are just a few of my thoughts and memories of a kind friend. Larry, we will miss you.
Dan and Lu-Ann
Comment Share
Share via:
KH

Posted Jan 14, 2021 at 09:32am
Kathryn, our thoughts are with you and your family at this time. Wish we we closer in many ways.
Comment Share
Share via:
BF

Posted Jan 13, 2021 at 09:48pm
Larry was a man that was always nice to see and lifted your spirit. Such a pleasant man. I am so sorry. Condolences to his family.
Comment Share
Share via: 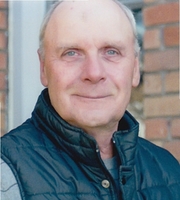 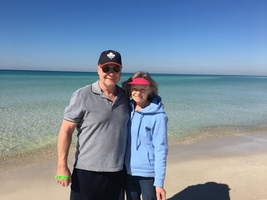 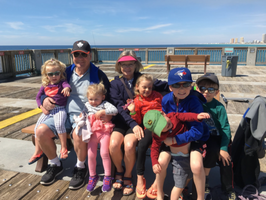